The Alt Llobregat Tourist Railway, also known as the Cement Train weds Pobla de Lillet area with Clot del Moro, in the municipality of Castellar de n'Hug. It has a distance of 3.5 kilometers passing through different areas of interest including exposure of old vehicles, located at the station of La Pobla de Lillet, the Artigas gardens, designed by Gaudí and also the Museum of Cement next to the station of Castellar de n'Hug.

The train was built by the General Society of Asphalt and Portland "Asland" to transport cement away from the factory Clot del Moro. The tour began in the same factory and went to Guardiola Berguedà where it was linked to the Catalan Railways, and where transfer of cement and other goods were done. In it’s first years the railroad used to carry only cement and coal, but from 1914 on, it began to carry passengers. It covered a distance of 11 kilometers and five stations. His last regular trip was on 14 of October 1963, until 2005 Ferrocarriles de la Generalitat Company recovered this line. Currently you can be part of this history riding the train and passing through the middle of a beautiful landscape where you can see the slopes of the Llobregat River every now and then.

The old Cement Train has four stations in its route; La Pobla de Lillet - La Pobla Centre- Artigas Gardens and Cement Museum of n'Hug Castellar. The journey lasts about 20 minutes. The train is driven by a diesel locomotive with two wagons with a total capacity of 50 people. 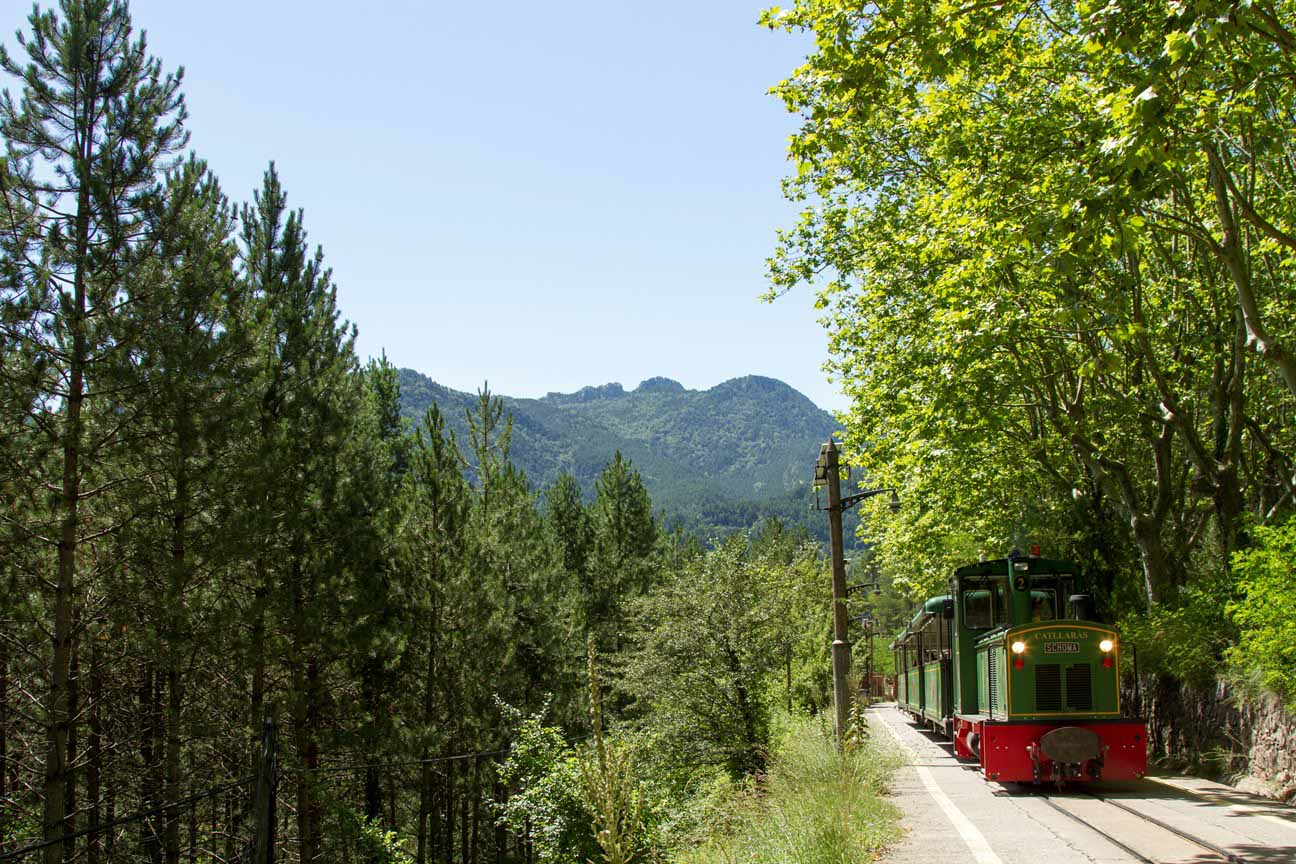