Baga de Rus is an example of the evolutional power of nature. It had once been a well-inhabited and frequented place, as testified by the sections of paved road we pass. But now it has become a wild place where nature dominates everything.

Sant Vicenç de Rus was populated from the tenth century on, as testified by the tombs found in several excavations, and a census of 1787, when 54 people lived in Bàga de Rus.

Just beyond the bridge over the stream of Monell, toward the Pobla de Lillet, we find a track, that takes us to the Casa Nova Pass and to the house and the yard of Rus. 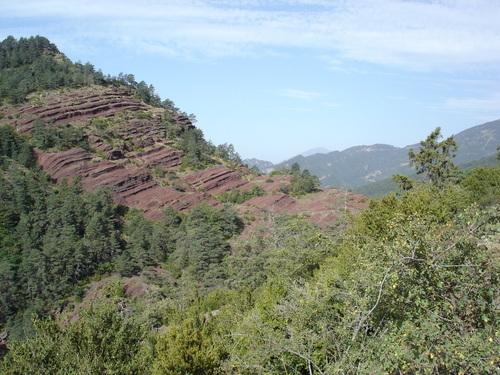