Castellar de n'Hug hosts the Central Reservation of the Hermit Trail which is one of the benchmarks of the tourism network.

The Hermit’s Trail is the first circular route in Catalonia that can be performed in three disciplines: on foot, horseback and mountain bike.

The route can be taken as a sportive activity in itself, with its beautiful setting, design and logistics, but if you are interested in some cultural inputs, you should know that it links over 20 monuments and Romanesque churches of Alt Berguedà area.

Be sure to discover the beautiful Alt Berguedà around the rivers Llobregat and Aritja, the Moixeró Natural Park the Rasos de Tubau Meadows, the Sierra Catllaràs Mountain Range and the three peaks: the Puigllançada (2409 m.), the Puiglluent (1765 m.) and Tosa Alp (2536 m.)
Use the mountain huts and hostels of the tourism area network. The whole itinerary has been designed with the greatest respect towards the environment, following the guidelines of the Moixeró Natural Park administration. It's a great place to do gentle tourism!

This itinerary is designed to be done almost throughout the year, its location and orientation towards the south with altitudes between 2,536 m. (upper bound) and 800 m. (lower bound), provides adequate conditions. Snow covers just the upper regions and high altitudes of Puigllançada and Tosa d'Alp. That’s why you can enjoy the Hermit’s Way most of the year.

What else do you need to become a real hermit? 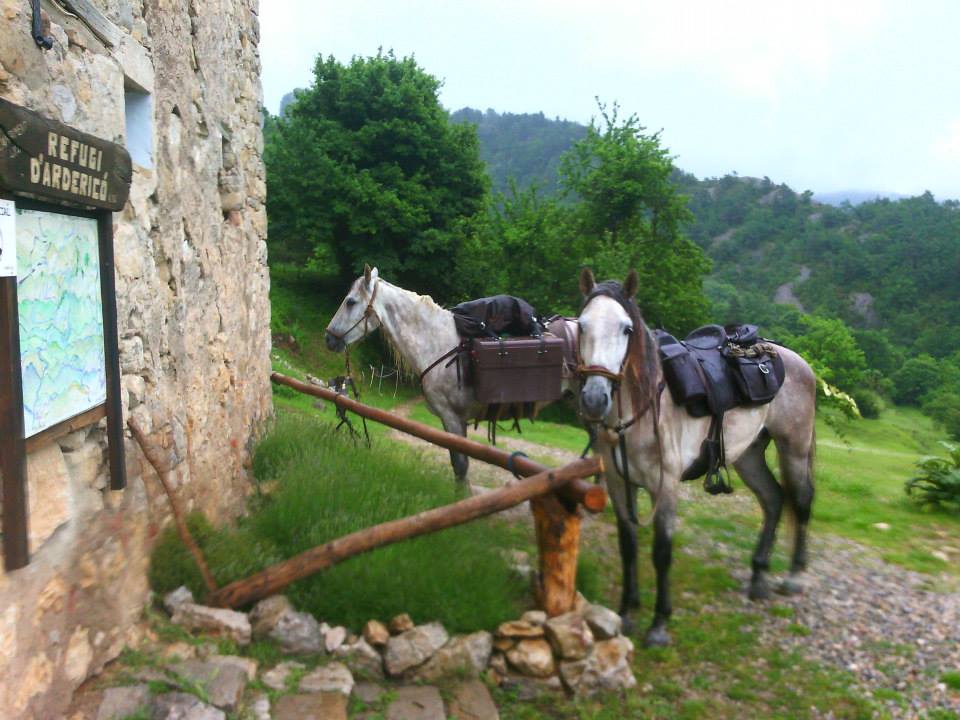